The Head of State President Uhuru Kenyatta was on the receiving end on Friday 20th August 2021 after the Court of Appeal served him with a constitutional amendment blow by upholding the 13th May 2021 five-judge bench High Court ruling.

This however delivered a sweet message to the BBI critics especially the DP Ruto’s Tangatanga camp where the celebrations rocked in several parts of Hustler Nation strongholds immediately after the Court of Appeal announced the end of BBI by terming it unconstitutional, null and void. 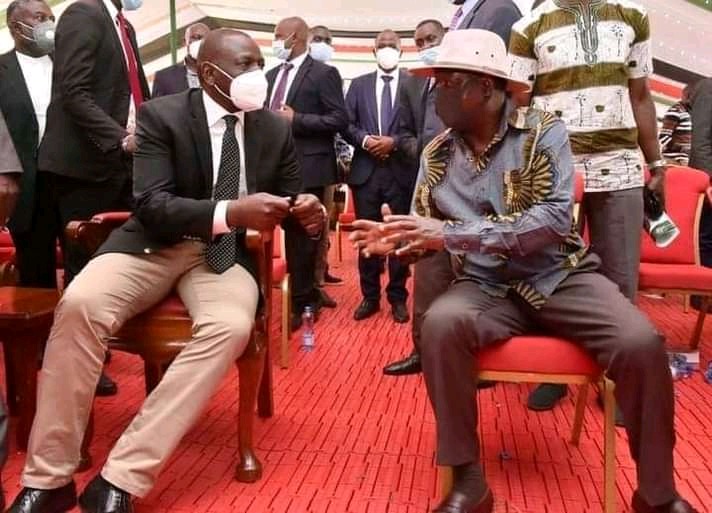 “Shocking Additional information from Mombasa Meeting on what next in the never ending melo-drama and scripts, Another plan to stop DP Ruto and Behind the scenes events leading up to the historic ruling yesterday. Attempts to bribe, intimidate and threaten the judges and how they flopped” Itumbi wrote. 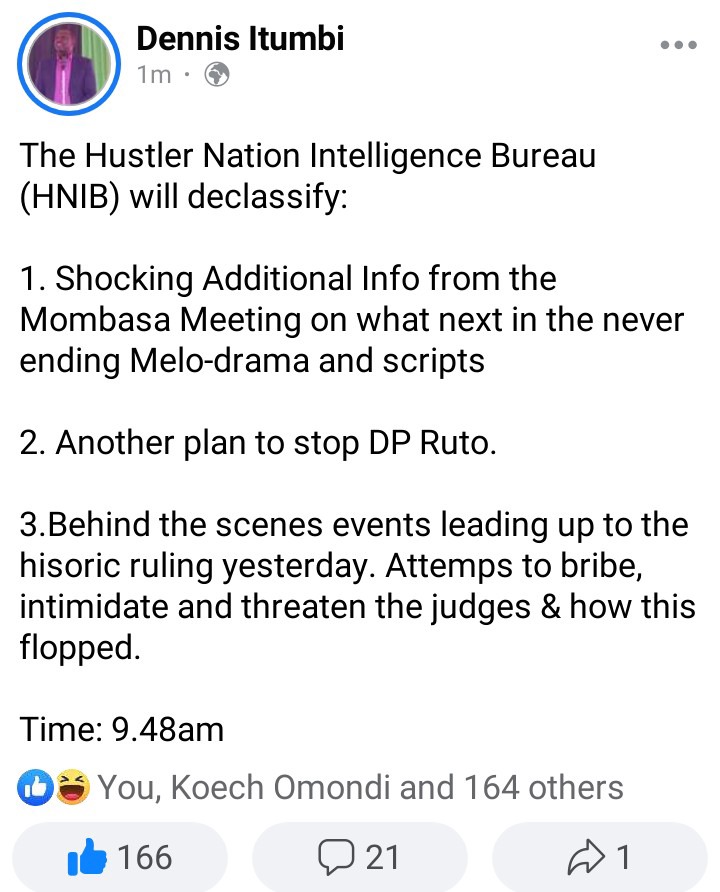 If Itumbi’s allegations is something to go by, then DP Ruto’s Hustler Nation camp should be worried of a major blow awaiting them in alleged president Uhuru Kenyatta’s trick to stop Ruto from clinging to country’s top seat.

Raila’s Preferred Azimio Candidate For Nairobi Gubernatorial Seat Revealed? Reasons Why Governor Kananu Must be Endorsed by Uhuru and Raila

14. Use the Best friend Algorithm to turn Indecision into Booked Group meetings

14. Use the Best friend Algorithm to turn Indecision into Booked Group meetings