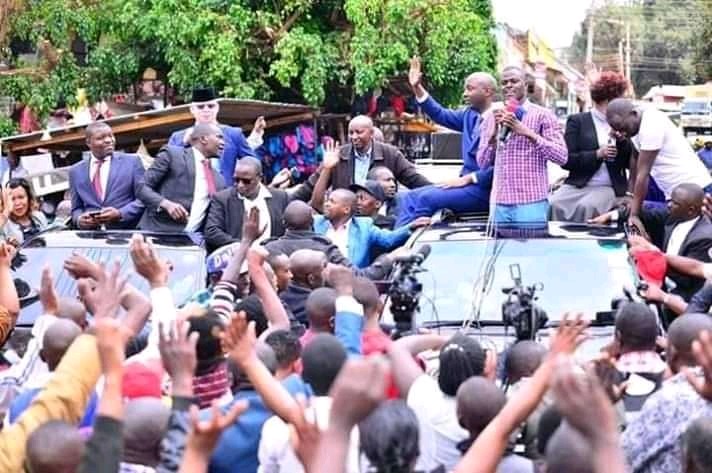 Barely a year after Deputy President William Ruto led more than 150 MPs to completely dissociate from the ruling Jubilee party and joined United Democratic Alliance (UDA) ahead of 2022 general election, a score of other Uhuru’s close confidants have also been following the suit to open their new chapter of politics in DP Ruto’s UDA. 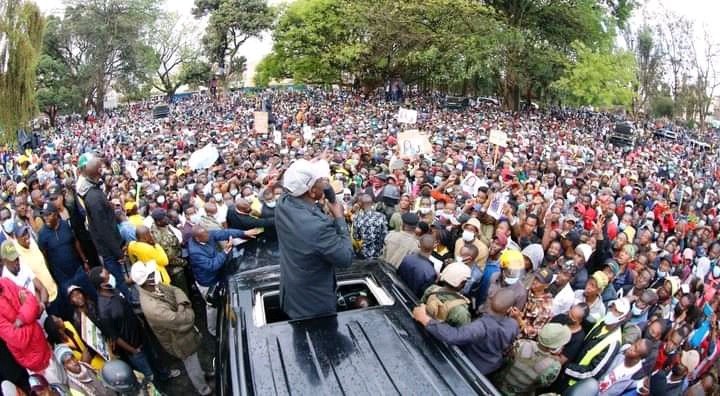 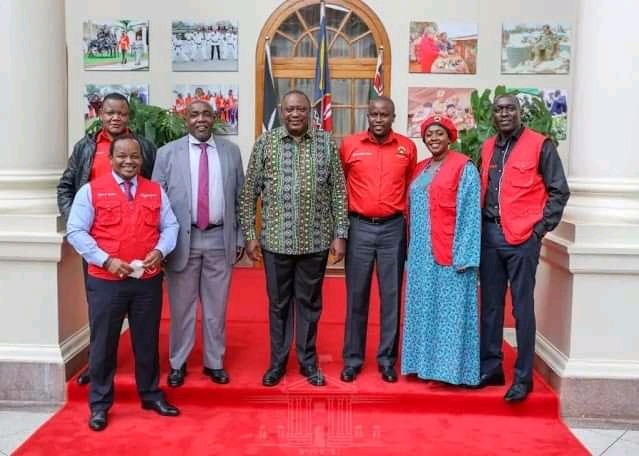 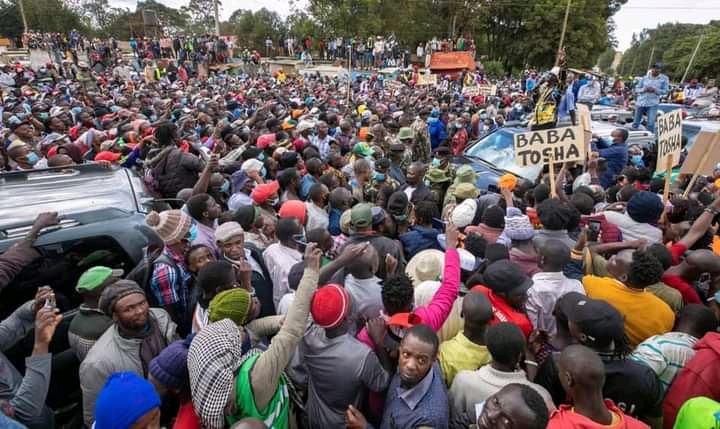 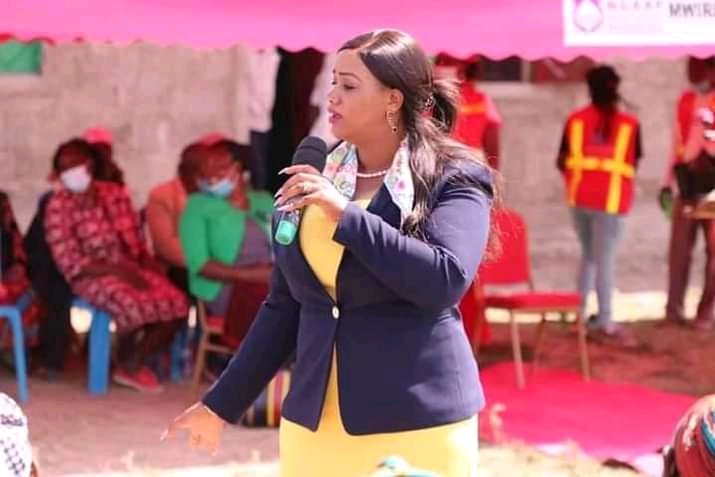 Hon Waruguru showered praises to Laikipia residents for welcoming DP Ruto and Raila Odinga in Nanyuki and Nyahururu who camped into the region while drumming for their 2022 presidential bids. “As Laikipians, we celebrate Utamaduni Day with respect to freedom of choice” she noted. 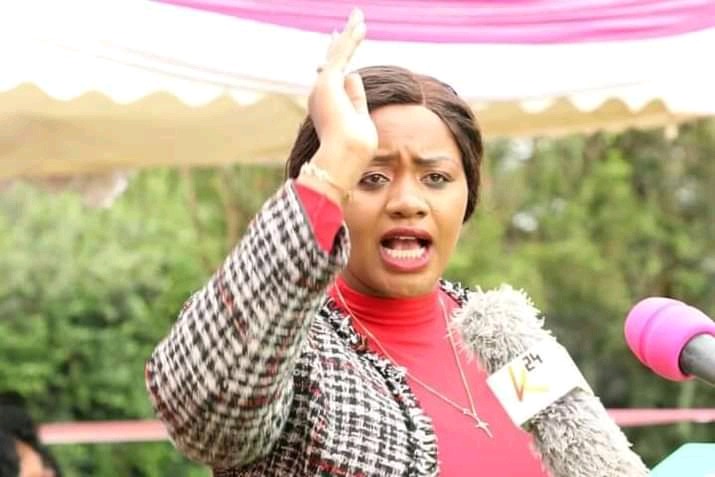 However, her last sentiments grasped the attention of many people that speculated her anticipated move of decamping from Jubilee to either join UDA or ODM. “On this day, I seek your opinion who would you rather I join going forward, Raila Odinga or William Ruto?” She added. 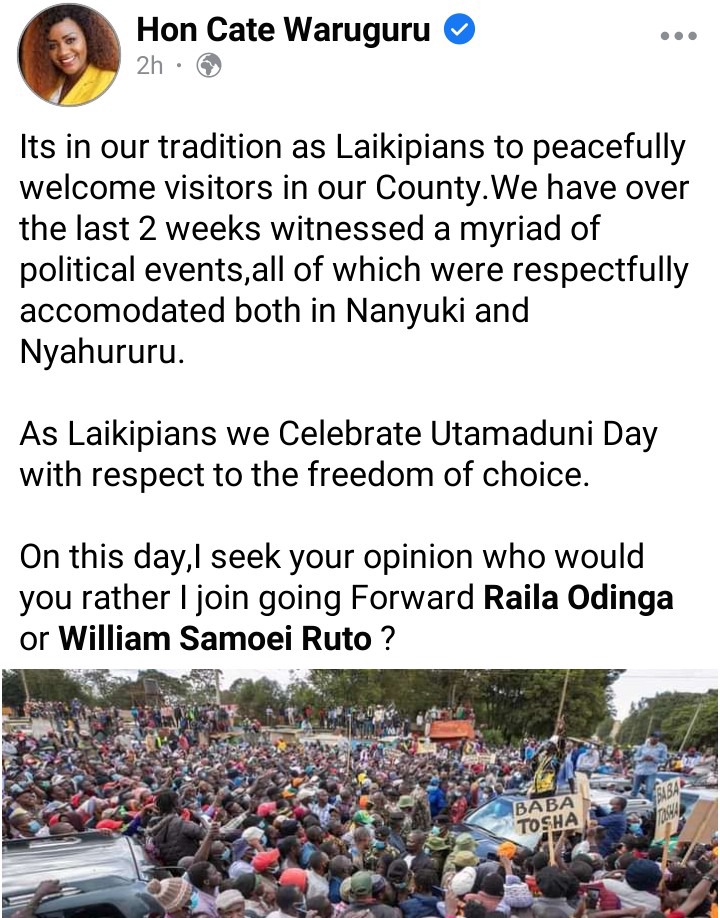 This remarks exuded her next move of bidding president Uhuru Kenyatta’s Jubilee party farewell and seek to revamp her political ambition with Raila or Ruto.

Essay Writing 101 – How to Compose a Good essay

Essay Writing 101 – How to Compose a Good essay

1
No Result
View All Result